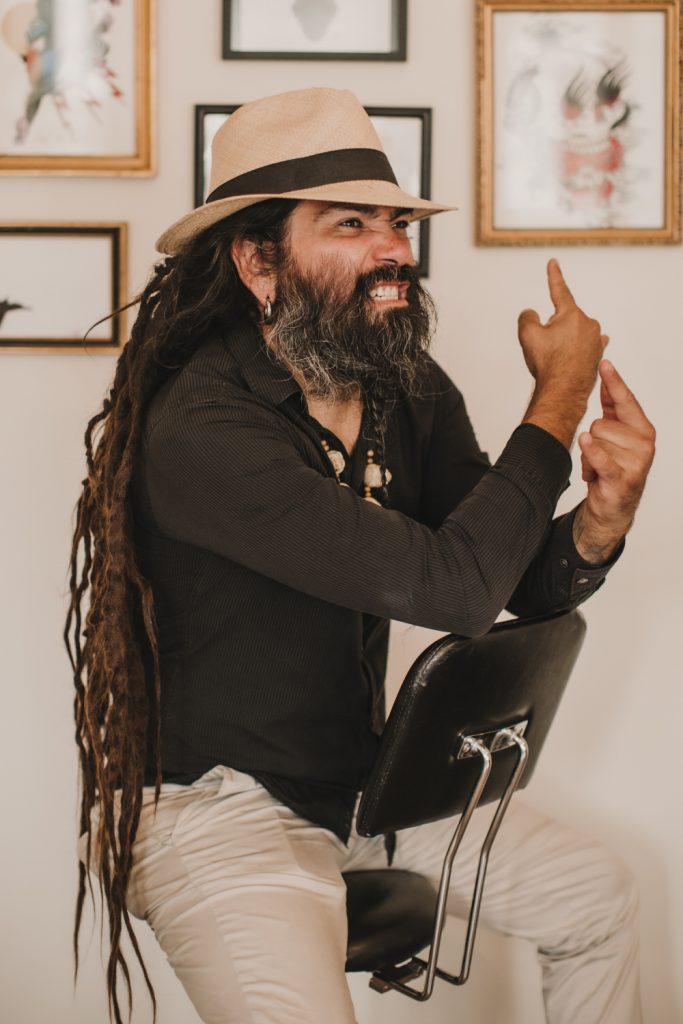 I was born in Santiago de Chile back in 1978. I made my first tattoo when I was only 15 years old, as a rebellion against how talkative school was. The following year I began my apprenticeship as a tattoo artist with ‘Justiciero’, surrounded by bikers. At the age of 18 I opened my first ‘Mad House’ tattoo studio in Quilpue, which attracted many characters from the metal scene of central Chile. Determined to primarily tattoo custom jobs, I studied Graphic Design at the DuocUC University in Valparaíso and earned a degree with Distinction in 2001.

I traveled to the United States for the first time in 2002 and this was the beginning of a period of extensive travel through Europe and America, gaining knowledge and experience from a wide range of artists.
In 2013 I was ready to settle in my favorite city of Richmond, London, where I opened my own ‘Latin Angel’ tattoo studio. This studio was the culmination of all experiences and dreams and for 5 years I was proud to call it home.

In 2018 I knew that I was going to become a father for the first time, so I decided that my favorite island, Gran Canaria, would be the perfect place to start a family. This trip marks a return to Las Palmas and a working relationship with my friend and brother, Renato, a study in which I am now happy being a resident.

Would you like us to talk about your idea?
Book your appointment with us in the next form:

Do you have any questions?

You can contact us on social media, email, WhatsApp or telephone, on our opening ours:

We do not receive walk-ins in the study without previous appointment.